What flips you out when you’re stoned?

Paranoia has long been a component of the stoned experience. Depending on the quality of your weed, and the natural level of anxiety you may or may not already have, creeping fears come in varying degrees. Have you ever experienced any of the following particular types of pot-addled worry? It’s okay; it happens to the best of us.

Maybe the most common paranoia of all: COPS. Especially if you’re smoking in public in a state where it’s yet to be legalized, that awful feeling sets in that’s got you checking over your shoulder constantly for blue and red lights, as if some Reagan-led Anti-Spliff SWAT team is about to descend from stealth helicopters and shotgun blast the joint from your lips. Edibles can often put this one in me, and even in the comfort of my own home anytime someone knocks too hard on the door I’m positive it’s the fuzz. This paranoia often derails into a series of shameful worries pertaining to your life outcomes after your certain arrest. This ranges from white concerns like, “What will my parents think?!” to non-white concerns like, “Will I go to federal prison for most of my life?”

Again, as with most of these paranoias, this one occurs more often in public. It’s the distinct stress that comes with realizing someone you have to interact with, who is likely not high, definitely knows that you are high. The bank teller, the fast food cashier, your co-workers or worse, your boss, the children in the park—all judging you, you no-goodnick stoner. Stay in your house.

No, not the James Bond film. This paranoia is reserved for anything up in the sky that suddenly appears to be making a beeline for your skull. Maybe you’re convinced that an orbiting satellite will wrench itself from Earth’s gravitational safety and come careening through the atmosphere to strike you, and only you, down in a flaming explosion of metal and flesh. This fear also includes mistaking normal airborne objects for sinister craft—spy planes, Armageddon sized meteors, alien UFOs from non-peaceful galaxies, a government sanctioned drone strike…Well, probably best not to ever think about those government sanctioned drone strikes when you’re stoned. Or ever. Just, you know, fingers crossed you’re not a group of unverified “terrorists” eviscerated in an instant by futuristic flying death machines in some land with which we’re not even at war.

This classic paranoia is most common with rookie drug users. They get way too stoned and convince themselves the weed they’ve purchased was laced with PCP or some other unlikely substance. The thing is, it’s extremely rare for someone to get you wet like Denzel did in Training Day. Does it happen sometimes? Sure, if you’re smoking out with evil people or hanging out in the true underbelly of a city. But for the most part, no one stands to gain in putting harder drugs in street weed. And if you’re in a state lucky enough to have dispensaries, you’ve got nothing to worry about! Unless, like, I don’t know, there’s some new strain everyone’s crazy about, and we find out years later it’s totally poison. Haha but that probably won’t happen! Sorry to bring it up!

Fear of a Fourth Reich

Paranoias evolve with our culture and society. I don’t know about you, but every time I smoke lately and the paranoia sets in, all I can think about is some insane person running our country into the ground and registering minorities like it’s fucking Nuremberg in ’35. Glad that’s just some stony, unfounded worry! 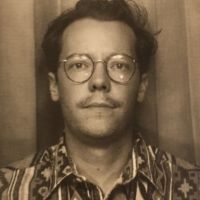