EMDR Therapy: Undoing the Damage Your Frantic Brain Will Do

Can crazy eye movements put your disturbing memories in place?

You know how you always feel better after a good night’s sleep? Maybe that’s because when you slip into REM, your brain sorts shit out and files it for you in the best way it can as your eyes dance back and forth in your skull. If something terrible happened to you, your brain tries to compartmentalize it for you. But sometimes it fucks up, and you’re traumatized.

Now, I’ve never believed in hypnosis or mumbo jumbo. I do believe in talking shit out scientifically, and that’s exactly what I did a few years ago with a certified EMDR therapist. I started as a skeptic. After we dug down into shit I never knew was eating me alive and sorted it in my head where it belongs, I turned from skeptic to believer. I credit this therapeutic method, followed up with some hallucinogenic trips with friends, to making me less of a bitch, less scared, and way more cool and adjusted.

My therapist made me a whole new person…one that people actually like.

Eye Movement Desensitization and Reprocessing can be thought of as a physiologically based therapy that helps a person see disturbing material in a new and less distressing way, says the EMDR International Association (EMDRIA).

Basically, using tones and hand movements, it helps people with trauma to target and sort their memories safely into their brains, removing the upset these recalled events have caused. Francine Shapiro, the therapist who created EMDR in 1987, discovered the treatment as she was taking a walk. She found that she felt better after dredging up trauma and moving her eyes rapidly back and forth while she thought carefully about what had happened to her. She tested the process on a bunch of war vets with extremely positive results. It’s now, according to the EMDRIA, recognized by the U.S. Department of Defense and the American Psychiatric Association as “an effective treatment for post-traumatic stress disorder.”

The kicker? You gotta re-live that shit in intense detail to sort it properly. This can be, in and of itself, traumatic.

From all accounts I’ve read and people I know who’ve had EMDR sessions, nightmares subside, memories stay but don’t rattle in your head every day, and a feeling of lightness helps you float through life just a little bit better.

How Did I Know I Needed It?

Ya’ll have heard of triggers by now, I’m sure. I can’t tell you how many Facebook posts I’ve seen with the “TRIGGER WARNING” preceding a story about sexual assault or violence. Fuck, I wish I’d had some trigger warnings in my day! But alas, I had to deal with them the best way we knew how back before the Internet helped you find weird doctors: By being angry all the time. My triggers came in the form of alpha males, children crying, small, hot spaces, movie violence against women and children, dads yelling.

It’s not fair to make everyone remove all the triggers in the world; you gotta find what’s bothering you and handle your business to prevent panic attacks in public and having to call your mom at 2:00 a.m. to come get you from a sleepover.

A trigger in the form of a Jennifer Lopez movie called Enough pushed me over the edge five years ago. My family urged me to seek help before I took up harder drugs or killed myself. My psychiatrist, after pumping me full of pills to numb me for years, saw a breakthrough and recommended an EMDR therapist. To this day, it may be the best thing anyone in the medical profession has ever done for me. There’s only so much numbing you can do.

In the first phase of EMDR treatment, your therapist takes a thorough history and develops a treatment plan. You don’t have to give detail out loud if you don’t want to. You remember it, you re-live it, but you don’t have to talk about it. You just give a general idea of what’s bothering you.

I had to re-live a day in which I failed to protect my family from harm. It had eaten at me every minute of every day since I was eight years old. “I’m a failure”, I said to my therapist. That was the money shot right there: The practitioner wants a negative belief about yourself to root out, wipe away, and replace with a positive sentiment that you truly believe.

You can’t just say, “No, I’m great, I’m awesome” over and over until you believe it. You have to make it true.

We discussed in which part of my body I felt tension. Believe it or not, you can store trauma in different parts of your body. The first memory we processed was being stored in my gut. After the initial session, my therapist turned on a tape recorder of what sounded like a metronome with ocean waves, asked me to watch her hand, and talked me through that day. She made hand movements whenever she decided I needed it. My eyes followed her hand as an afterthought. My brain whirred up full speed like a 1920’s cinema projector replaying that incident in my head in intense detail.

I never had to say what was happening if I didn’t want to, just words to describe how I felt. “AFRAID” was all I could say at first. “SO FUCKING SCARED.” “BLOOD.” “FEAR.”

By the end of the sessions processing this memory, I could talk about it without shaking and crying. Sessions later I could say “I’m a success,” “I protect my family every day,” “I was eight years old, and I forgive myself” and actually believe it. I am without a doubt a nicer, more relaxed human being. But don’t fuck with my family. Who knows what kind of monster that will unleash!

I went to an excellent shaman in the desert and tripped using an ancient recipe of roots containing DMT so I could deal with the stuff in my brain head-on without anyone’s help.

What About After Treatment?

Once you’ve processed a memory, your body may decide it still needs to purge for days, weeks, even months. For a few days after my first session, my eyes leaked like I was actively crying despite me having no idea it was happening. Now, am I cured? Nope. Did I forget what happened to me during those (many) sessions with my therapist? No way.

But if shit happens to me in the future, I’m more prepared to deal with it. I can dredge up old memories and sort them myself (to an extent) better now than I could then. From all accounts I’ve read and people I know who’ve had EMDR sessions, nightmares subside, memories stay but don’t rattle in your head every day, and a feeling of lightness helps you float through life just a little bit better. It’s like when your asshole big brother sits on your chest and tickles you until you cry. When he gets up, the relief is so immense you’re almost not even mad at him anymore for doing it.

It’s not recommended that you do drugs, let me just say that now. But I felt like I needed to do some soul-searching, and someone suggested ayahuasca. I went to an excellent shaman in the desert and tripped using an ancient recipe of roots containing DMT so I could deal with the stuff in my brain head-on without anyone’s help—just a few spirit guides in case shit went down.

It worked. I let go. I purged. I dived into my subconscious and FORGAVE MYSELF. I swam through darkness and watched my loved ones die only to crawl up through the thick, soupy failure and guide myself and my precious posse to dry land. The healing process is never-ending. You must realize that rather than go in anticipating a miracle cure. It’s WORK.

For more information about EMDR go visit a real, certified therapist and get your issues sorted out one at a time. Please don’t do weird drugs alone. Please stop telling other people they’re activating your triggers. Turn the safety on in your own brain. Handle the shit inside your head, quietly and with fervor. You are not alone, and you are worth the effort.

Repurposed with thanks from Kindland. 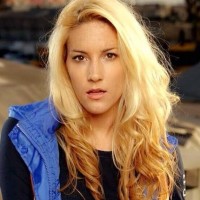