The 4:20 Text: A Tether of Friendship

For a period of time, my best friend was also my coworker and on top of that, also my roommate. We’re both female comedians, about two months apart in age, working classic young person media jobs. We both had Jewish upbringings. We’re both partial to reality cooking shows. She’s blonde; I’m brunette. That’s us. You might think we spent too much time together. You’re probably right.

I have no idea when the incessant texting and gchatting of 420 began between us. In fact, I don’t have any idea which one of us even started it. It wasn’t a thing and then suddenly it was. It began easy enough, with a message that usually just said “420” at 4:20pm. We’d be at our respective desks, about fifty feet apart from each other. There was a tendency to watch the other person receive the message and look up and laugh at each other. To be clear, if I have not been, we were neither smoking nor planning on smoking as we sent these messages. We were at our jobs. We were busy.

Nonetheless, we found a way to commemorate weed o’clock almost every day regardless of what we were working on. Our construction of the texts changed over time. We grew partial to some emoji––the “4,” the “2,” and the “0,” obviously, but also the green heart, the palm tree, the flame, for example. For a week or so, we got forgetful about it, and I began to set alarms to remind myself. There was nothing more humbling than having my 4:20 alarm go off in a staff meeting, only to mutter, “Sorry, sorry, it’s my weed alarm going off.”

I’m by no means claiming to have invented the semi-ironic 420 text. We are not the first people to think of it, and we certainly won’t be the last. I spoke to a multitude of peers about it––all of whom share similar habits when it comes to the 420 text. We all have our emoji of choice, be it the puff of air, the fist, the sunglasses face, or almost any variety of plant. We all know what it means to receive a text between 4:20 and 4:30 P.M. that says “fuck” or “damn it.” Essentially none of us are smoking weed at the 4:20 time itself, “though,” as one friend pointed out, “it’s often an invitation to do it later that day.”

It’s someone reaching out saying they’re paying attention to you, or at least the idea of you, wherever you may be.

It was harder, however, to figure out the point of the 420 text beyond “it’s dumb and it’s fun.” And maybe that’s it. Maybe it’s dumb and fun and so are we. But we are a busy generation, filled to the technological brim with event reminders and push notifications. It’s dumb and it’s fun, sure, but I also feel legitimate frustration when one of us forgets to text the other about it. A former coworker suggested that the 420 reminder is, to an extent, our version of “it’s 5 o’clock somewhere.” It’s the nearly end-of-the-day reminder that the day does, in fact, end. 420 becomes less of a call to action and more of a call that you get to go home in about an hour and a half.

Like any meme, 420 was also a blank slate. It was a gateway to “how’s your afternoon?” or a “what’s your night looking like?” More often than not, rather than a celebration or a question, it was just an acknowledgment of the other person being there. It’s easy to say that sending someone a meme screams “pay attention to me!!” when actually it’s the reverse. It’s someone reaching out saying they’re paying attention to you, or at least the idea of you, wherever you may be. “420 I’m thinking about you,” or “420 you exist and it’s good.” It means so much, and yet it’s still so silly and juvenile—isn’t that wonderful?

This is the part of the essay where I tell you my best friend moved. We went from best friends and coworkers and roommates to just the first one. In any type of life transition, there’s always an acknowledgment of how things will change or how you’ll struggle to keep them the same. There’s a time difference. There’s a new address to remember. You schedule phone or Skype calls, and then you miss phone or Skype calls. But then, a flood of relief as I received the first 420 text, now at 6:20 P.M. “420 how’s your day going?”

It has a much more intimate meaning behind it now that we’re no longer 50 feet away from each other. “420 remind me who that one new coworker is again” to clarify a story from the night before. “420 you’re missed” but hey, at least we have this re-appropriated weed meme to keep us together. “420 you’re my friend, and we share our lives together any way we can.”

Repurposed from Kindland with thanks and respect. 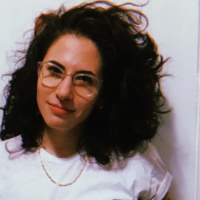